If you have read “The Picts and the Martyrs” by Arthur Ransome you will know what the Dog’s Home is. A little stone hut in the middle of a forest where Dick and Dorothea found themselves living for a while. Reading about it as a child made me verdant green with envy. But here’s the thing: it is real. Ransome based it on an actual stone hut in the Lake District. When I first found it more than a decade ago it was in surprisingly good condition considering more than half a century had passed since Ransome was there. And in the last couple of years it has been refurbished with a new door and window. I have no idea who owns it. It is hidden away in woodland and is not particularly easy to get to but somebody thought it was worth saving. It has long been one of my fantasies to live in it and write; my ultimate writer’s retreat. Of course, without wifi, electricity or a coffee machine the reality is it would be far from ultimate. But as long as I continue to draw breath I’ll be dreaming of hiding away from the world in cosy woodland retreats to write in peace until I rest in peace. 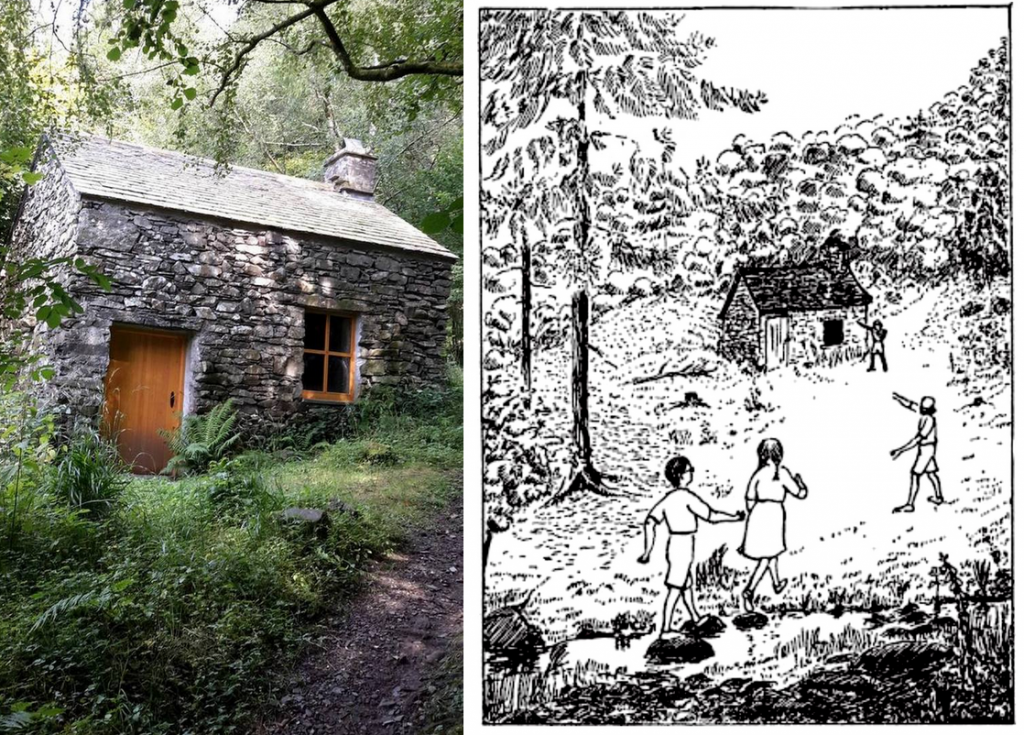 Oops! Haven’t posted in quite a while. Time flies when you’re in a pandemic. Ironically, it is lockdown that somehow seemed to stifle my creativity. Most people, facing being stuck at home with time on Read more…

The Adventures Of Bad Katie

If you have read The Planet Baggers and are a fan of my style of humour then, whilst you patiently await The Space Hoppers, perhaps I could point you in the direction of a series Read more…

Review of The Planet Baggers

The Planet Baggers is one of the most amusing and entertaining books I have ever read.   There’s nothing quite like getting a good review from another writer, and that is exactly what author Johan Bakker Read more…