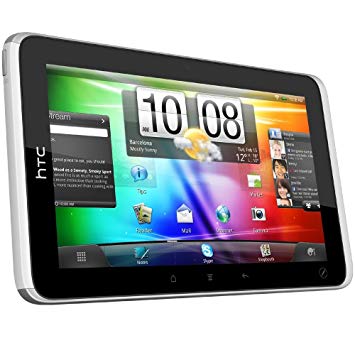 It’s around seven years since I bought my first tablet. I didn’t really care what it could do, all I knew was I could hold a Star Trek Next Generation PADD in my hands, for real. The future had arrived!

Since that momentous day I’ve had something of a love/hate relationship with these devices. I’ve lost count of how many I have had; more than a dozen I would think. Most have had their good points and their bad points. I’m still looking for the perfect one though, and they are still falling short.

The first one I had was an HTC Flyer. It had a 1024×600 display and ran Android Gingerbread. For a brief while it was the best toy I’d ever played with. But the limitations of both the software and hardware soon became a frustration. It quickly became bogged down with what I call “usage lag” — more on that later.

Then came the real game changer, my first iPad. It seemed like a quantum leap forward. It wasn’t cheap, but the quality was obvious right away and it too over the mantle of best thing ever. Like the Flyer though, it eventually became apparent that the iPad was far from perfect. Unlike the Flyer, the iPad didn’t have a GPS chip. Apple didn’t put them in the wifi-only models. The quality of apps was way better than Android, but that just papered over the cracks of Apple’s guarded approach to software. The iPad was horribly tied in with the awful iTunes, and apps were also subject to frustrating restrictions. One that particularly irritated me was the inability to write your own programs on the device. One or two BASIC apps were released but they were very limited in what you could achieve. You could run little programs within the app but you could not create your own apps. Apple considered that a sin for some reason. Android was more lenient, and there were soon emulators for BBC Basic, Atari Basic and an MS-DOS emulator that allowed you to run old PC DOS programs. You can actually run the original Turbo C compiler on an Android tablet while apps such as RFO-BASIC let you create your own Android apps.

Of course, programming isn’t such an issue for the majority of iPad users but it is one example of the restrictive nature of iOS that still frustrates at times. Apple have improved things to some extent. You no longer have to use iTunes, and you can now get documents syncing between your iPad and PC via Cloud storage such as Dropbox and OneDrive. Indeed, switching between a desktop PC and an iPad to work on a Word document syncing with OneDrive is now fast and seamless; similarly with Excel and OneNote. I still can’t make my own little apps though.

My third tablet ran Windows. This was both a revelation and a massive frustration. It was amazing that I could run my favourite Windows software on a touchscreen tablet. This included programs I’d written myself in Visual Basic. It was wondrous. If you can sense a “but” coming, well done. The tablet had 32gb of storage. Most of that had been eaten by Windows before it even left the factory. There simply wasn’t enough space to install all the big hitters like Office. It was also virtually impossible to install Windows updates because they would fail, complaining of not enough space available. To begin with you could get around it by uninstalling most of your programs to create some extra space for the update, but eventually even this drastic tactic became insufficient. To make things more frustrating, Windows wouldn’t allow you to install updates from an SD card or USB drive. It seemed like they were deliberately trying to kill the idea of Windows on a tablet.

Eventually, Microsoft began to accept that people were beginning to use Windows on these devices. A Windows 10 tablet does make life a little easier, though getting it on to a Windows 8 tablet was a torturous process worthy of an article in its own right.

The biggest disappointment in terms of Windows tablets is undoubtedly the Microsoft app store. Even today, after a few years, it is dismal. The quantity, and in particular, the quality, of apps is dire. The Apple and Android stores are not just streets ahead, they are in the next state.

From a hardware point of view, the big issues of tablets for me have been battery life and reliability. Let’s start with battery life. That’s an easy one. The iPads have been in a league of their own from day one. Only one of my six or so Android tablets got close and that only did so by having a massive battery stuffed inside its built-in stand. My Windows tablets have all been disappointing. It is a fairly fundamental requirement of a tablet in my eyes that you should not need to be tethered to a power cord half the time. My iPads can usually get me through a day.

Reliability is the other thorny issue. Apple wins this round hands down. My original iPad died, but my iPad 2 and iPad Mini are still going strong, performing well, with little sign of usage lag, and battery life hasn’t declined too much. They cannot now run the latest versions of iOS, another Apple restriction, but what they can do they still do well.

The “usage lag” I mentioned refers to the accumulation of garbage on your device over time. Most of this is behind the scenes. It is usually a result of installing tons of apps over a long period. Even when you uninstall them they can leave traces of litter in settings, temporary files and the like. This garbage begins to bloat your device. It uses up precious storage space and slows your tablet down as the operating system has to weave through and around it. I have found that iOS on the whole does a decent job of housekeeping and tends to keep your iPad running quite efficiently, though an occasional reboot helps to keep it in top condition. Android and Windows are the dunces of the class. The longer you use them, the slower they get. Some of my tablets, over time, have slowed to an unusable crawl. You can try cleaning them up but usually the only way to get them back to half decent performance is to do a factory reset and start over from fresh. And that is something you rarely have either the time or inclination to do.

My final comment on reliability is about the “sudden death” syndrome. I have five or six Android tablets that simply stopped working. They won’t reboot or respond in any way. They have died. Naturally, they are all out of guarantee when they do this. This has also happened to two Windows tablets plus my original iPad. My eight year old Samsung PC continues to work fine, having outlived all of those tablets. Perhaps it has something to do with the miniaturization of those sophisticated electronics that makes them inherently less reliable than laptops and desktops. Who knows. But my two remaining iPads are the only tablets I have left that have stood a decent test of time.

In summing up, I think the last sentence of the previous paragraph does it nicely. IPads are not cheap, but you get what you pay for and they are simply the best tablets you can buy, hands down. They still aren’t perfect though. Windows has a quality offering available now in the form of the Microsoft Surface. It isn’t cheap either but offers a true Windows experience at last on a tablet. As for Android, you can pay a lot for some of the top end offerings but for me the experience of the platform as a whole would not tempt me to risk such a large outlay. If you are looking to buy a new tablet my advice is simple — if Windows is important to you, get a Surface, otherwise go for an iPad. And always go for the best model you can possibly afford.

My first work of fiction was written in biro in a

My thoughts on the sublime new Katie Melua album,

I just put up an outside light! Except it’s insi

I spotted a Corncockle on Sunday whilst strolling